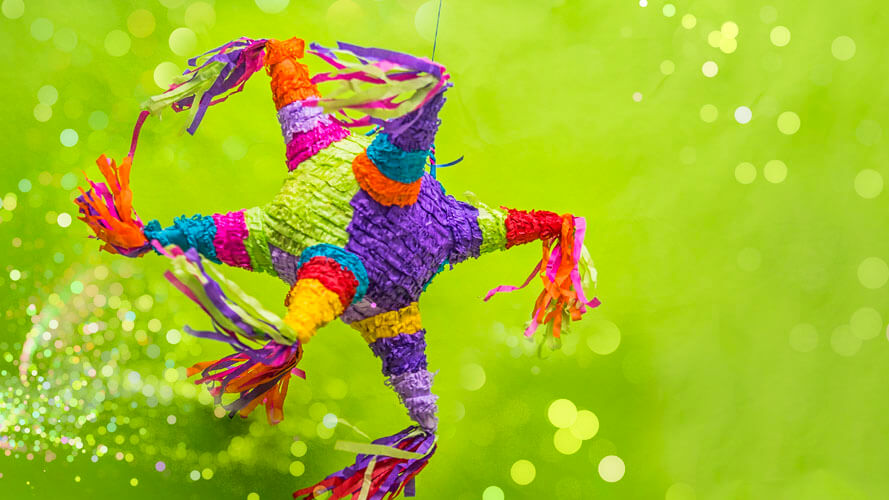 Chances are good that you’ve been to a party with a piñata. Whether they’re celebrating a birthday or some other occasion, Mexican fiestas are often the place to find guests circled around a piñata, taking turns trying to break it open to spill out the candy. Kids aren’t the only ones who can have fun with this party activity, though: People of all ages have been known to enjoy a piñata at a party. There’s a fascinating history behind the Mexican piñata, though, and it might even surprise you.

What Is a Piñata?

A piñata is a hollow object that’s often covered with papier-mâché and painted or decorated with tissue paper. Piñatas might take the shape of well-known characters or generic figures. Inside, piñatas contain fruit, toys, or even Mexican candy. Traditionally, a piñata’s shape was a seven-pointed star, although it could be almost anything nowadays. At a party, the piñata will hang from a rope. Each guest takes a turn being blindfolded, spinning around, and trying to hit the piñata with a stick to break it open. Sometimes the piñata game is made even more challenging if someone pulls on the end of the rope to move the piñata around. The game continues until someone finally breaks the piñata open and all of the goodies fall out to the ground. Everyone can then move in to gather the treats.

History of the Piñata

The origin of the piñata has been traced back to the time of the Christmas posadas, or celebrations, in Acolman de Nezahualcoyotl, which is near the archaeological site of Teotihuacan. In 1586, Acolman’s Augustinian friars were instructed to hold special masses before Christmas, called “misas de Aguinaldo.” During these masses, the friars are said to have introduced the first piñatas. The friars were trying to draw big crowds to their masses, so they used fireworks, sparklers, and piñatas. They created piñatas as an allegory, which is a teaching device they used to try to teach the people about Christianity.

The first piñatas were shaped like stars with seven points. Each point stood for a deadly sin: envy, gluttony, greed, lust, pride, sloth, and wrath. The friars chose bright colors for the piñatas to symbolize the temptation that people face to fall into sin. People were blindfolded to represent the need for faith, and using the stick to hit the piñata was supposed to represent a person’s will to overcome the urge to sin. The treats inside piñatas are representative of the riches of heaven, which those who overcome sin will receive. So the entire process of whacking a piñata was conceived as a way to teach people the importance of faith and virtue as they strive to overcome sin and reach heaven.

Historians have also found a similar idea that dates back much farther, to the 1200s in China. It’s said that Marco Polo observed a Chinese celebration that involved a clay bull that was decorated with colored paper. Villagers would hit the clay bull with a stick until it broke open, spilling out a bounty of seeds. Then, all of the villagers would come forward to get a piece of the statuette, which they buried in their fields so they could have bountiful harvests. Marco Polo returned to Italy with a clay bull. It wasn’t long before clay pots filled with fruit were made a part of the Italians’ Lent celebrations.

Piñatas are popular with kids around the world, and they are common at birthday parties. In Mexico, piñatas might still be made out of a ceramic pot. These types of piñatas are easier to break, but the flying shards of the pot can be dangerous when the piñata breaks. Most people don’t know or think about the original meaning of piñatas as they play this fun game. Often, breaking open the piñata comes right before it’s time to blow out the candles and cut into the birthday cake. If you go to a Christmas party and a piñata is planned, it might be in the shape of a star. Whether you’re planning a birthday party or a Mexican-themed party, a piñata can be a fun addition to your festivities. 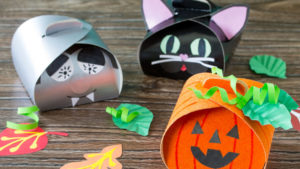